The Reinstatement of the NHS: why it needs restoring and how we can do it

Posted by David Newman 804sc on 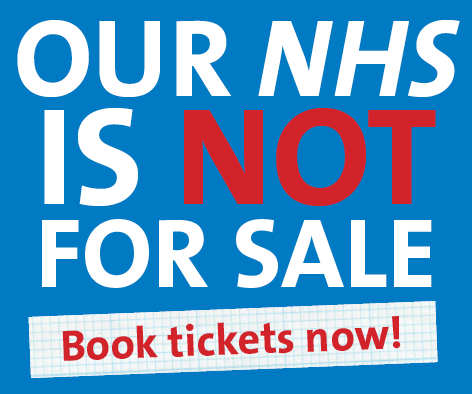 When the NHS started to be privatised a decade ago, one voice was clearer than all others in warning where this road would end: Professor Allyson Pollock.

Now that the privatisation is gathering pace, Professor Pollock is leading the movement to save our most treasured institution, which was the envy of most of the world. Come and hear her explain how they are selling off our NHS, and find out what you can do to help save it.

Allyson Pollock is the leading academic and campaigner on this issue. Currently Professor of Public Health Research and Policy at Queen Mary, University of London, in 2004 she wrote NHS plc: the Privatisation of our Health Care, which exposed New Labour’s health reforms. She is co-author of the NHS Reinstatement Bill 2015 and chairs the Campaign for the NHS Reinstatement Bill 2015.

The National Health Service has been one of the UK’s greatest achievements. For 65 years it has provided a cost effective, universal health service, free at the point of need to all people irrespective of their background, circumstance or ability to pay.

This founding vision has been slowly but surely eroded. The final blow was the Health and Social Care Act 2012, which removed the Government’s obligation to provide comprehensive free health care for all and is now dismantling and privatising the NHS in England on a large scale—without most of the public being aware of its scale and consequences.

Ann Duncan, Green Party Parliamentary candidate for Oxford East, introduces Allyson Pollock this evening. The Green Party has consistently campaigned for a fully public NHS and against privatisation. We want the Queen's Speech after the next General Election on 7th May 2015 to include a Bill to reinstate our public NHS.