The Greens have increased their vote share across the South East and gained a Green councillor on the Isle of Wight for the first time.

Green Party co-leader, Jonathan Bartley, has been on the island today celebrating with the local party there.

The Greens kept their councillors on Kent County Council (Martin Whybrow) and Surrey County Council (Jonathan Essex) – who was told to “take a bow” by the local media for his 1000 vote majority.

Cllr Essex, who is also the chair of the South East Regional Green Party, said:

“It’s good to have a continued Green presence on Councils in the South East, making sure a Green voice is heard. We have Green councillors in Surrey, Kent and the Isle of Wight. I’m personally looking forward to continuing to serve the local community in Surrey.

“Thank you to all those who voted Green – both to get Greens serving as councillors and also as a sign that politics needs to change”. 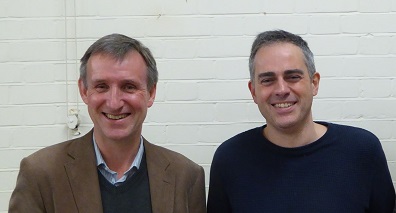 “This was a wonderful team effort by the Greens that has seen us win again in this traditional Tory stronghold. I look forward to continuing as a Green voice to counter the ‘business at all costs’ ethos on Kent County Council. In spite of boundary changes, we’ve held this seat and have seen voters respond to our key Green messages about protecting the environment and our front-line public services. I am once more humbled and honoured and look forward to continuing my work on the County Council”.

The main casualty was the Oxford seat of Iffley Fields and St Marys, where David Williams, lost his Council seat to Labour by 200 votes. Greens elsewhere in Oxfordshire polled well – with some strong second places.